3 must see royal places in Warsaw

During our recent visit in Warsaw, among a lot of places we saw, I was really impressed by the three royal palaces – so beautiful and well-settled. This is why I decided to devote a separate blog post about them.

We had the chance to visit the Warsaw royal palaces in their free days that were – Wednesday for the Royal Castle in Warsaw Old Town, and Thursday for the Wilanow and Lazienki palaces.

The Castle has a central location in the Old Town and served as a residence of Polish kings from the 16th to 18th centuries. 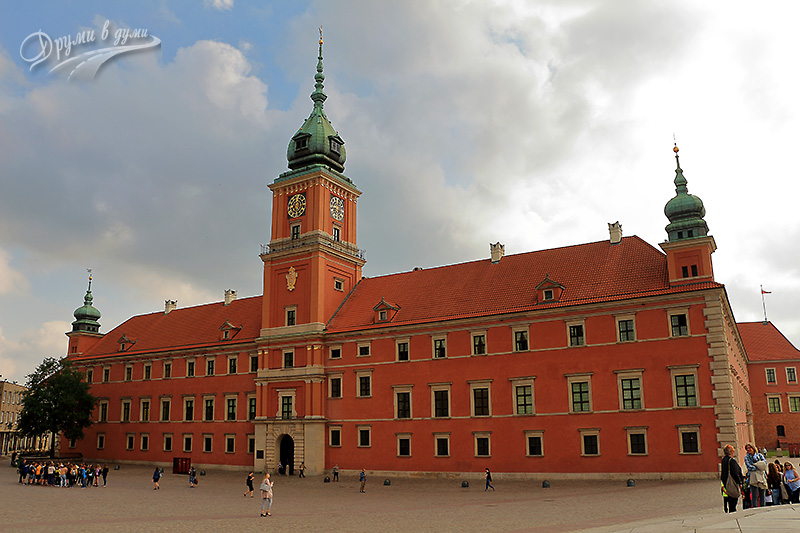 It was Wednesday, when we visited the Royal Castle, and we selected this day deliberately – the entrance was free of charge. Yes, we had to wait on queue a half an hour, because of the crowd, but we were pleased to visit the Castle. 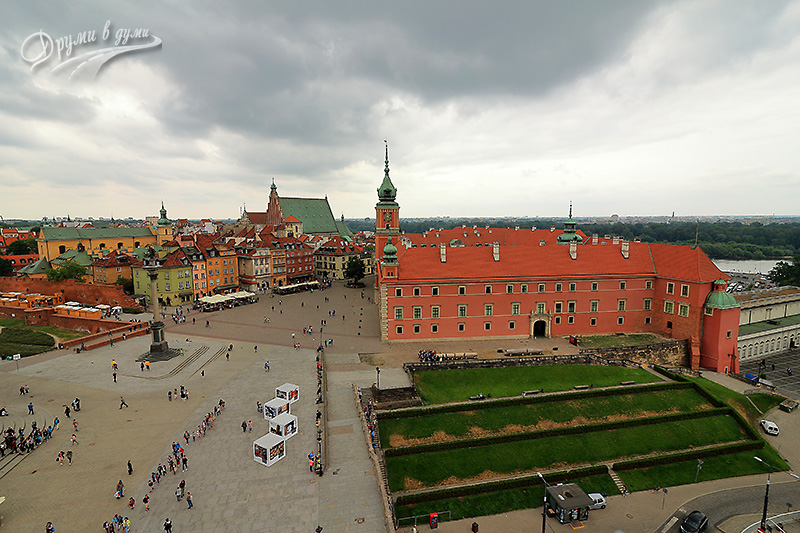 Warsaw Old Town – the Royal Castle and the Square

Inside the palace we had the opportunity to look at many paintings, pompous halls, several throne halls that acted during the various Polish rulers. The palace was destroyed during the Second World War and was later fully restored, with many of the ornaments original. On the top floor there was a museum of play cards, which featured many and varied collages from the 16th century.

Wilanow palace and its gardens

Currently, it is one of the most important museums in Poland. It is located in the Wilanow neighborhood that is in the outskirts of Warsaw and survived the two World Wars. It was built in the last quarter of the 17th century for King John III Sobieski. It was then used, expanded and rebuilt by the next Polish rulers. 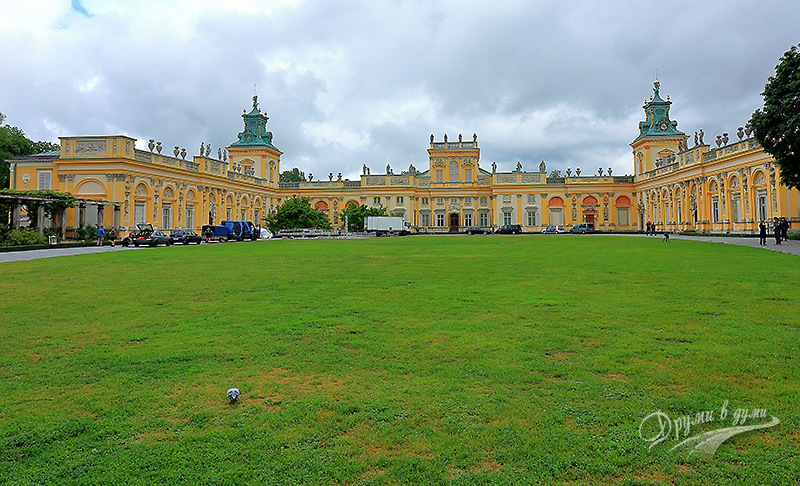 Having in mind its architecture, the palace has the characteristics of a baroque suburban residence, located between a vast yard in front and scenic gardens with a lake in the back. The building combines architectural elements from common European art and typical Polish features. Wilanow is a very lush Baroque palace. 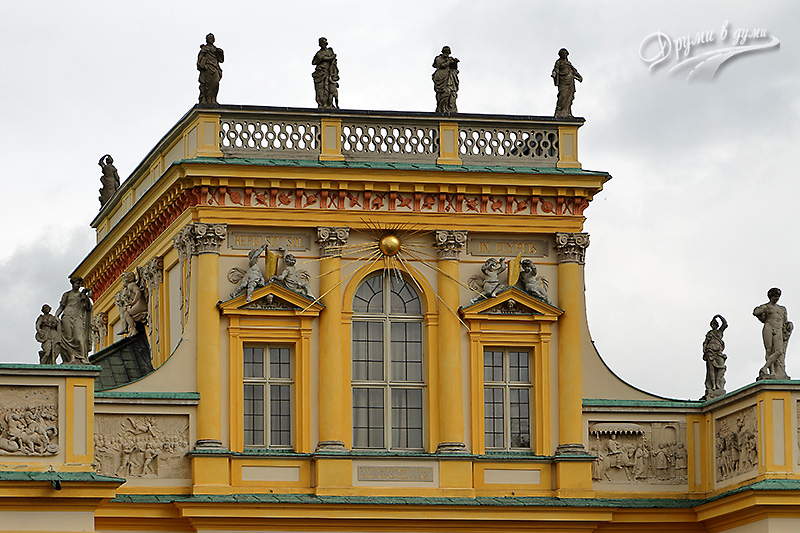 Wilanow palace and the interesting statues on top of it

A great interest, at least for me, were the many statues that decorated the roof of the palace. In one of the halls there was an ancient exposition of Greek and Etruscan relics, which I saw as Thracian, but … anyway, I am not a specialist and thus cannot judge. 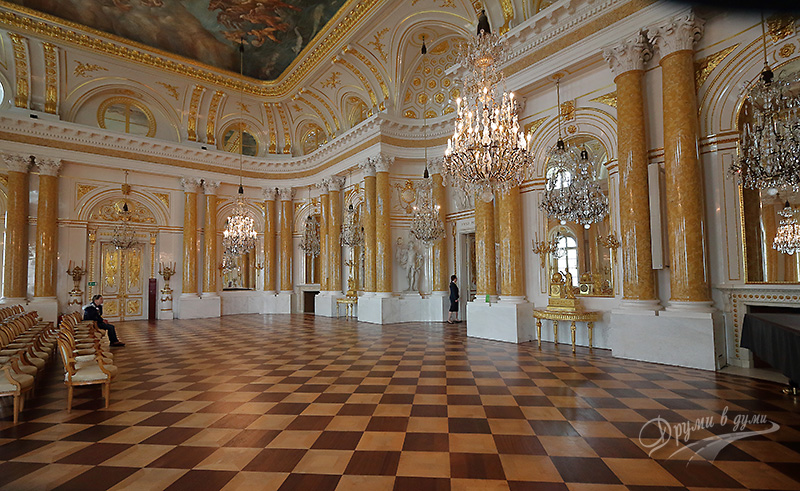 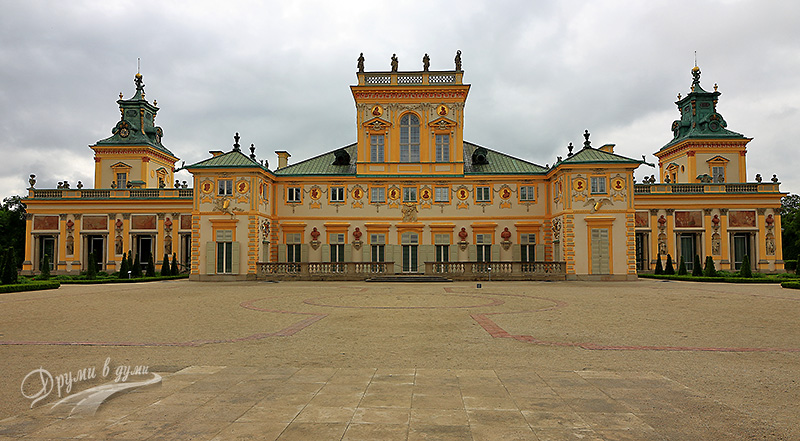 This day we traveled by bus about 40 minutes to Wilanow. It was Thursday and the entrance was free of charge. There were many student groups visiting the museum.

The palace has several throne halls and it is understandable – it was a residence of several generations of Polish rulers and it was normal for each of them to change the functionality of the halls. In the Wilanow Palace we had the pleasure to see solid furnishings – buffets, clocks, labels, many paintings, ornaments. While we were there, reconstruction was running, and we could see some of the unresolved frescoes in the corridors – they were slightly fainter. 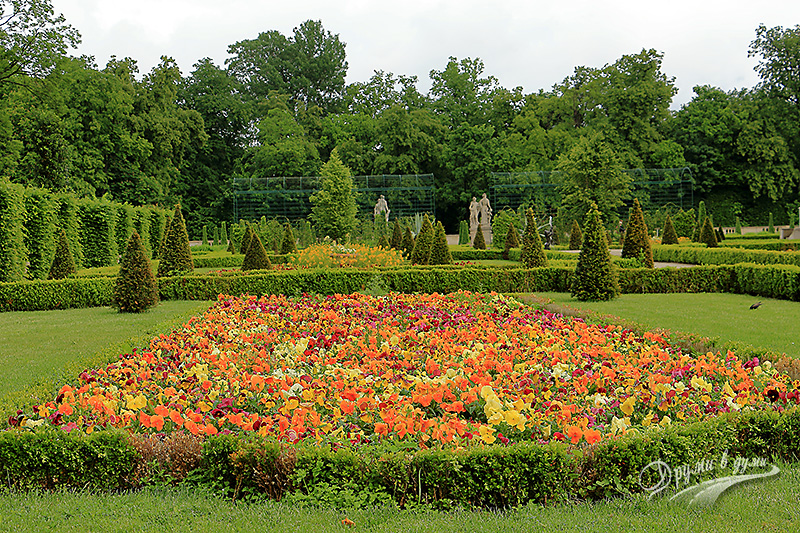 After exploring the palace, we took a walk in the beautiful gardens. It was amazing for us to see so many floral forms and fountains in the gardens. 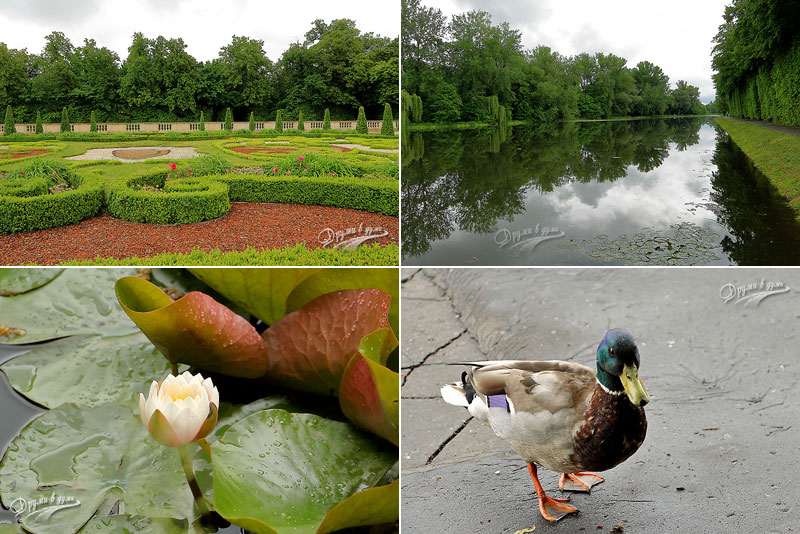 The Lazienki Park, also known as Royal Baths Park, is the largest city park in Warsaw, occupying the remarkable 74 hectares of area, in the central part of the city. The park is wonderful place for walk. In addition, there are several royal residences there turned into interesting museums.

My first impression from the Lazienki Park was a notable Chopin monument with a small lake in front.

The Lazienki complex was created in the 17th century as a park with bathrooms of the nobleman Stanislav Heraklius Lubomirski. A pavilion with bathrooms was built originally in the park. In the 18th century it was turned into a palace complex by King Stanislav Augustus. 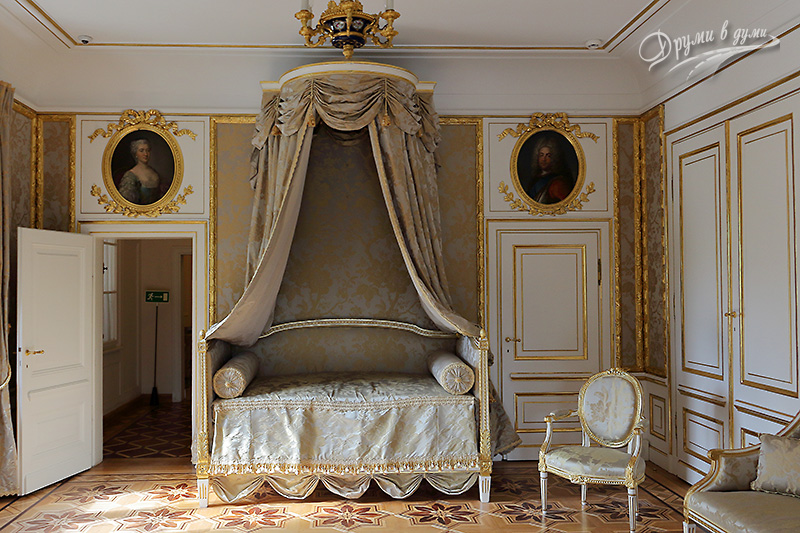 Lazienki Park: one of the kings’ bedroom in the Palace on the Isle

The most remarkable is the central palace – called the Palace on the Isle because it is surrounded by a lake. This palace is one of the most valuable Polish historical buildings and houses the Royal Picture Gallery.

Warsaw Lazienki Park: the Palace on the Isle

The Prince’s residence, built for Prince Josef Poniatowski, is also interesting to see. 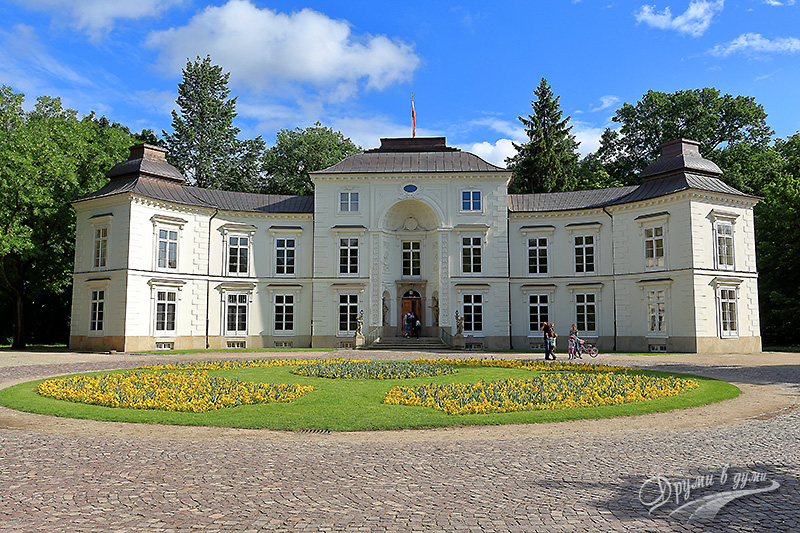 We visited Lazhenki Park right after the Wilanow palace. We took a short stroll along a small part of the alleys and quickly headed to the palaces, so as not to miss the opening hours – it was late afternoon. We went in and looked at two of the residences – the main Palace on the Isle and the Prince Joseph Poaniatowski’s house. The palace on the Isle, though smaller than the size of Wilanow, impressed me with its royal shine. Apart from the interior, we like very much the rich picture gallery.

After the Palace on the Isle we visited the Prince Josef Poniatowski’s residence and then we continued our walk in the park along the lake.

This entry was posted in Poland. Bookmark the permalink. 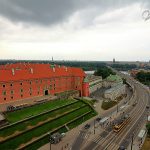 Warsaw: 15+ amazing things to see and do