Varna known and unknown: 7 ideas for a good time away from the beach

Varna: Bulgaria’s maritime capital, the third largest city in the country, the port of Shoumen, according to a joke – all those are well-known definitions of our beautiful seaside city. In addition, this is one of my favorite Bulgarian cities. I usually spend my summer holiday on the Northern Black Sea, thus in the recent years I have not missed a year without visiting the city of Varna.

So it was this summer. In the lines below you can find information and fresh impressions about the places I visited during two days of my last-year holiday, dedicated especially to Varna. All of them are interesting places, some popular and others not so. Most of the places below can be visited almost any time a year.

Some people think that museums are usually boring, but this is not the case with the Varna Archaeological Museum. In several halls on the first floor you can see the Varna Gold Treasure, which is the oldest found gold in the world, dating from the end of the 5th – beginning of the 4th millennium BC. It was discovered by chance in 1972 during excavation work along the northern shore of Lake Varna. The place was a necropolis – 294 graves were gradually uncovered and gold objects were found in some of them.

The gold troves and other finds are displayed very interestingly in the museum. Along with the showcases and information boards, you can see in one of the halls restoration of the richest grave from the necropolis – the grave number 43. The person buried there is supposed to be the ruler. So you can feel like a researcher almost on the ground. I am not an archeologist, but as a student I have been involved in archaeological excavations, so I have an idea of what it is.

Opening hours are 10am – 5pm, from Tuesday to Saturday.

Roman baths, also known as the Big Thermae, are an interesting place dating back to Roman times. Their ruins are located in the heart of the city. Once upon a time they were the public baths of the Roman city of Odessos, the precursor of Varna. They were built in the late 2nd or early 3rd century under the reign of Emperor Septimius Severus. With its 7,000 square meters area, the Odessa baths are among the largest known Roman baths in Europe.

There are also Small Roman baths. They are located on Primorski Blvd. (this is the street starting from the railway station and parallel to the shore) just before the Sea Garden.

This is another museum that has nothing to do with boredom, a place that brought me back to my childhood. The main focus of the Retro Museum is the cars of the communist times – the emblematic Volga, GAZ Chaika (Gull), Moskvitch, Zhiguli, Wartburg, Skoda, Zaz, Trabant. All the exhibits there were as shiny as they were new.

In addition to cars, many things of socialism times can be seen – clothes, shoes, briefcases, my “favorite” format toilet paper (an idea softer than sandpaper 😉 ), washing machines and powders, TVs, radios with the size of a large TV, an especially rich collection of toys, numerous inscriptions and slogans, most of them related to fire safety, public cleanliness and personal hygiene.

It is located in the Grand Mall, just above the Main bus station.

It is an old rock monastery, located about 15 kilometers northeast of Varna center. The Aladzha Monastery was established in the 12th to 13th centuries and acted until the end of the 15th or the beginning of the 16th century. You can see there a chapel, a church, remains of murals, monastic cells, kitchens, and a dining room.

There are old catacombs located 700 meters away from the monastery. They can be reached in about 10 minutes of walking along a forest path. The path starts just from the museum.

The Stone Forest, in Bulgarian “Pobiti kamyni”, is a desert-like natural phenomenon consisting of a lot of stone blocks and sand dunes. The stones are stone columns between 5 and 7 meters high and from 0.3 to 3 meters thick. The whole area of the Stone Forest is quite big – it takes approximately 13 square meters.

I had visited the Stone Forest several times before this summer, so the phenomenon was not new to me, but it was one of those places that were always interesting.

The Stone Forest is located about 25 kilometers west of Varna, near the village of Slanchevo – along the old road to Sofia.

6 Attractions in Varna: Sunset cruise with the ship Pinta Varna

A visit to each of the places above is an attraction itself. But let’s not forget that this is Varna, and as we talk about Varna, we cannot miss the sea. So, let me share a fun and typical maritime attraction – a sunset cruise with the ship Pinta Varna. It usually takes place on Saturday and Sunday evenings. The ship leaves from the Sea Station. The cruise takes about an hour and a half.

Pinta Varna is a three-masted sailing ship and is a modern replica of the ship PINTA, the one on which Hristofor Columbus was sailing when he discovered America in 1492.

Our experience of Pinta Varna was really funny and even slightly romantic.

7 Where to Eat in Varna: La Casa Restaurant

La Casa Restaurant is a very nice place, from which I have excellent personal impressions. It is located on the main street, near the main entrance of the Sea Garden, almost opposite the Festival Center.

The kitchen there is very good – both in taste and appearance, the service is excellent and the prices are quite attractive.

Here I would like to share one more piece of information. Since recently, like all modern tourist destinations, Varna has got a Varna City Card – an electronic card allowing free admission to many sights and good discounts for interesting attractions and places to eat.

For example, from the list above, having Varna City Card assures you free visits to sights 1 – 5, 25% off for the sunset cruise in point 6, and an incredible bonus when you have dinner at the La Casa Restaurant.

The card has two forms – a physical plastic carrier and a purely digital one provided with a mobile application. There is an option to buy a card with a period of 24 hours, 48 hours or 72 hours.

Complete information on how to get Varna City Card and what discounts and free visits it gives you, see on the site.

How to get to Varna

Varna is situated 441 kilometers east of the Bulgarian capital Sofia. You can get to Varna by car or by public transport – by plain, by train from Sofia, and by bus.

Another big city on the Bulgarian Black Sea coast is Burgas. You can read more about it in this article.

Have you ever been in Varna or you plan to? Please share below. 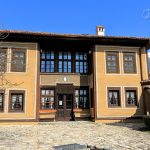 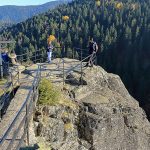 The Black Rock in Rila Mountains - a ...

One Response to Varna known and unknown: 7 ideas for a good time away from the beach